2 Books to be recommended

There are two new books which have a very close respect to our issues and which I find very exciting: 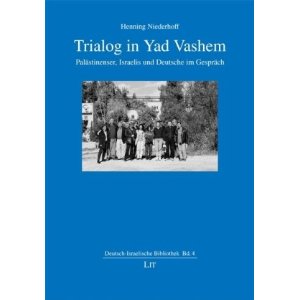 Firstly the book from Henning Niederhoff who was the representative for the Konrad-Adenauer-Stiftung in Palestine and was living in Ramallah for  the years 1994 to 2000. Henning Niederhoff calls himself a facilitator. He facilitated communication between (jewish) Israelis and Palestinians in the time of the Oslo process before the second intifada. What made these communications of the mixed group so exciting was not only the meeting itself but that Henning Niederhoff brought the group to visit Yad Vashem together and share their diverse perspectives and thoughts afterwards while having a dinner in Ein Kerem . In the ongoing communication process the group decided to visit also some of the villages which where abandonned by their palestinian inhabitants while they had fled or had been displaced in 1948.

Henning Niederhoff wrote about the communication group, the communication process, and the shared perspectives, and each participant of the group has one’s say in this book about his own personal sense of the Shoah and of the Nakbah. And there was an interesting question after all asking, why there is yet no memorial site to commemorize the Nakbah.

What makes this book so interesting for us is the documentation of a multiperspective Dialog between participants not only of a joint past but also of a joint present and hopefully of a joint future.

Unfortunately  “Trialog in Yad Vashem” is yet only available in german language, but I’m sure that there will be an english version next year.  Henning Niederhoff has generously spent  several hours with two students of mine in the “Holocaust memorial project” to discuss their perspective problems in respect of the israeli politics which was very helpful for their learning. 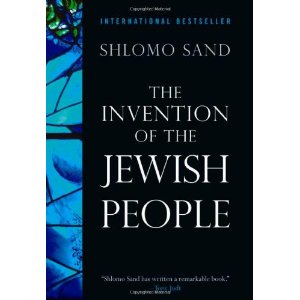 The second recent book I love – and there is a good chance that it will become my favorit book of the year – is Shlomo Sand’s  The Invention of the Jewish People.

This book is a best selling book in Israel, although or perhaps because it provides a novel interpretation of the history of the Jewish People . Sand questions and demolishes the myths and taboos that have surrounded Jewish and Israeli history. He questions the “objective truth” of the forced Diaspora and makes the case, that there is no ethnic Jewish People beyond a historical construction ex post.

Shlomo Sand puts as a motto to his Introduction:

– an aphorism written by Karl Deutsch in “Nationality and Its Alternatives”, 1969 which may particularly please Jan! 😉

1 Response to 2 Books to be recommended