Posted on November 10, 2009 by luitgardsofieloew

These days road work has been done on the playing ground next to the elementary school in Honningsv√•g. Interested pupils of the 3rd grade were watching these works and all of a sudden one of them found a hourse shoe. After a short time, the whole group was digging successfully after more findings. Dirty, but very proud, they presented their archaeological findings: many parts of ironclad stove, a grasp of a jar, small pieces of glass and ceramics were exhibited in the class-room. 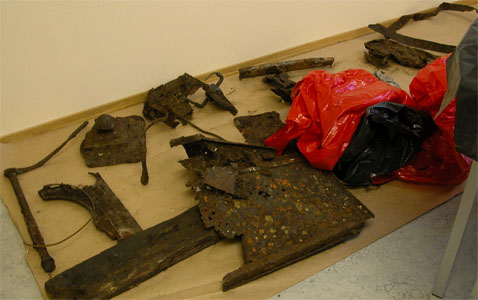 On tuesday November 3rd a small group of pupils came to the museum and asked for more information. We visited them at their school the next day. The museum educator, Camilla Daae-Qvale showed some pictures of Honningsv√•g after World War II and tried to explain to the class the living conditions at this time. 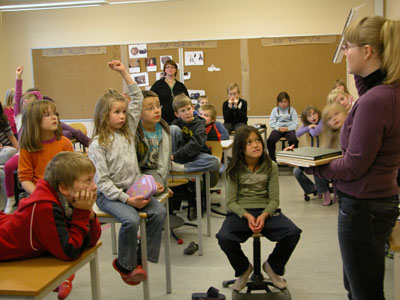 The church was the only building left in Honningsv√•g after the burning in autumn 1944. The first people returned after the evacuation and moved into the church. Subsequently the church was used as a mess hall for construction workers while over the time people were given barracks to live in. Honningsv√•g was «the town of barracks‚Äù. 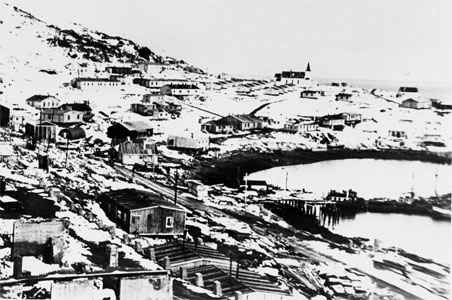 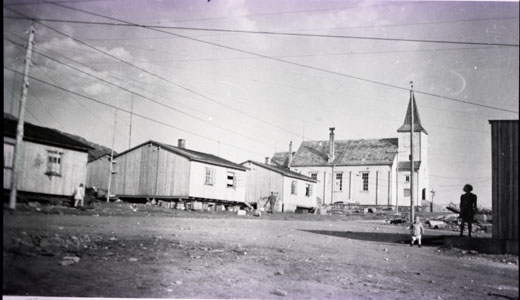 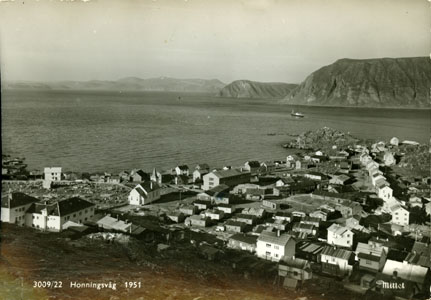 ¬†The pupils are very interested and want to continue with their project with a new study visit at the museum.

This entry was posted in Common comments and posts, Honningsvag and tagged North Cape Museum, pupils' study visit to the museum. Bookmark the permalink.